The Nerve To Lead Podcast

On The Nerve to Lead podcast, your host, Sangheetha Parthasarathy encourages CEOs, Entrepreneurs, deep thinkers, the round-pegs-in-square-holes, change-makers and visionaries to share their stories of power, pleasure and passion.

We cover everything from nervous system regulation, high achievement, trauma healing, parenting, partnership and attachment, intimacy and more. You will also get to learn the stories and knowledge from our expert guests and thought leaders.

We love sharing the unique perspectives and stories that can positively impact the world. If you would like to be featured on The Nerve to Lead show, click below to apply as a guest. 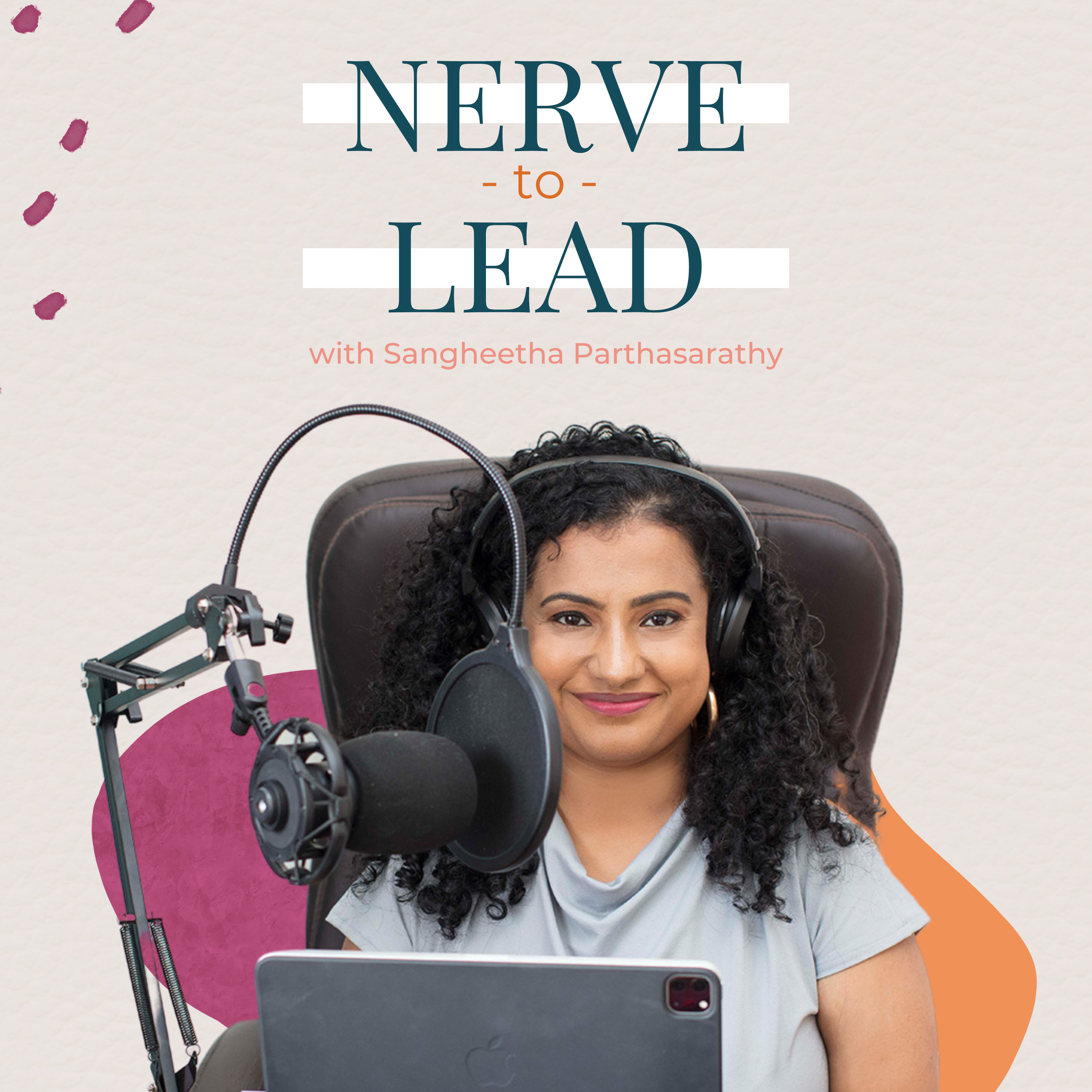 (this is where the podcast embed goes) 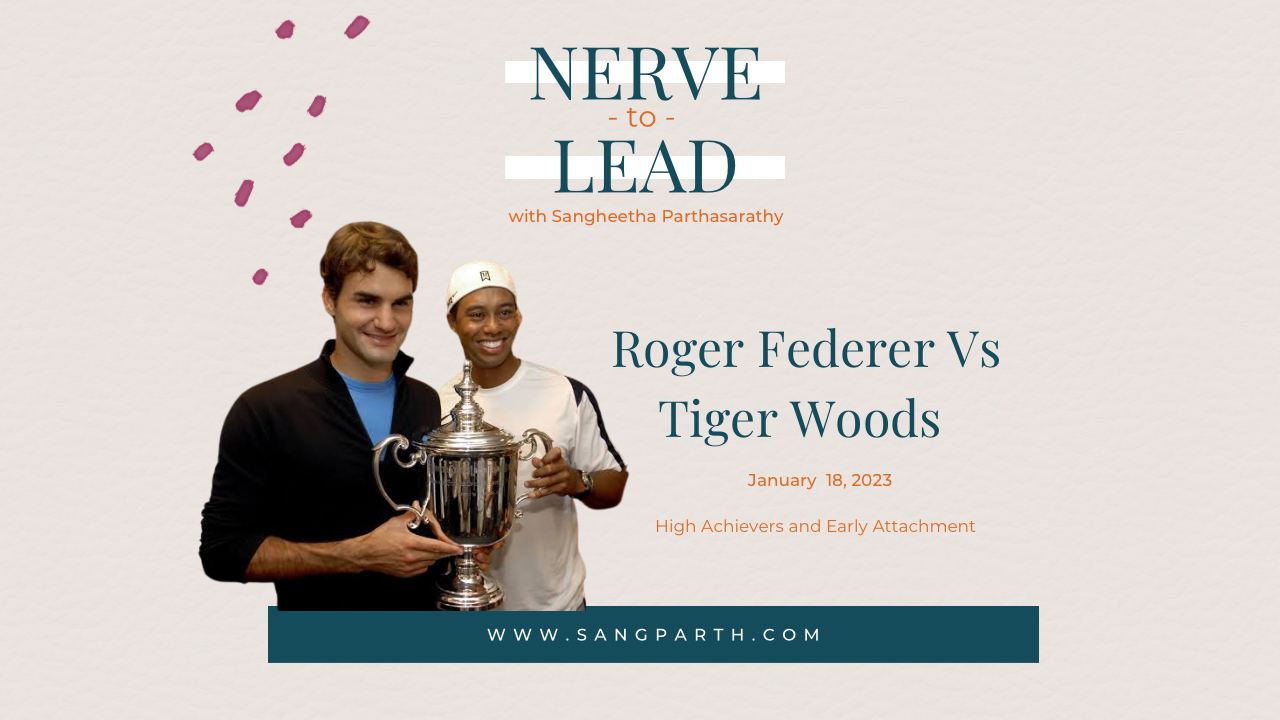 Can you parent you children to be the best version of themselves without traumatizing them in the process ?

The following is excerpted from RANGE: Why Generalists Triumph in a Specialized World, by David Epstein. Published by arrangement with Riverhead, a member of Penguin Random House LLC. Copyright © 2019 by David Epstein. All rights reserved. This was first published here - https://www.si.com/golf-archives/2019/05/21/tiger-woods-roger-federer-childhood-range-book-excerpt-david-epstein-generalists-specialists

Let's start with a couple of stories. This first one, you probably know.

The boy's father could tell something was different. At six months old, the boy could balance on his father's palm as he walked through their home. At 10 months he could climb down from his high chair, trundle over to a golf club that had been cut down to size and imitate the swing he'd been watching in the garage. At two—an age when physical developmental milestones include "kicks a ball" and "stands on tiptoe"—he went on national television and used a shoulder-height club to drive a ball past an admiring Bob Hope. That same year he entered his first tournament and won the 10-and-under division.

At eight, the son beat his father for the first time. The father didn't mind, because he was convinced that his boy was singularly talented, and that he was uniquely equipped to help him. The boy was already famous by the time he reached Stanford, and soon his father opened up about his importance. His son would have a larger impact than Nelson Mandela, than Gandhi, than Buddha, he insisted. "He has a larger forum than any of them," he said. "I don't know yet exactly what form this will take. But he is the Chosen One."

This second story, you also probably know. You might not recognize it at first.

His mom was a coach, but she never coached him. He would kick a ball around with her when he learned to walk. As a boy, he played squash with his father on Sundays. He dabbled in skiing, wrestling, swimming and skateboarding. He played basketball, handball, tennis, table tennis, and soccer at school. "I was always very much more interested if a ball was involved," he would say.

Many experts argue that in order to be successful in any field, one must start early, focus intensely, and rack up as many hours of deliberate practice as possible. But what if the opposite is true? Some of the world’s best athletes, musicians, scientists, artists and inventors are actually generalists, not specialists, and they present a powerful argument for how to succeed in any field.

Though his mother taught tennis, she decided against working with him. "He would have just upset me anyway," she said. "He tried out every strange stroke and certainly never returned a ball normally. That is simply no fun for a mother." Rather than pushy, a Sports Illustrated writer would observe that his parents were "pully." Nearing his teens, the boy began to gravitate more toward tennis, and "if they nudged him at all, it was to stop taking tennis so seriously."

As a teenager, he became good enough to warrant an interview with the local newspaper. His mother was appalled to read that, when asked what he would buy with a hypothetical first paycheck from tennis, her son answered, "a Mercedes." She was relieved when the reporter let her listen to a recording of the interview. There'd been a mistake: The boy had said "mehr CDs," in Swiss German. He simply wanted "more CDs."

The boy was competitive, no doubt. But when his tennis instructors decided to move him up to a group with older players, he asked to move back so he could stay with his friends. After all, part of the fun was hanging around after his lessons.

By the time he finally gave up other sports to focus on tennis, other kids had long since been working with strength coaches, sports psychologists and nutritionists. But it didn't seem to hamper his development. In his mid-30s, an age by which even legendary players are typically retired, he would still be ranked No. 1 in the world.

"[Tiger's] story is completely different from mine," Federer told a biographer in 2006. Woods's incredible upbringing has been at the heart of a batch of bestselling books on the development of expertise, one of which was a parenting manual written by his father, Earl. Tiger was not merely playing golf.

Let’s stop here - David Epstein then makes a case for sampling and being generalist and dabblers before someone chooses a profession.

But here is what is hiding in plain sight. Tiger Woods - like many high achievers had a narcissistic parent, in his father. Read this again - the grandiose, god-like belief that one is special and different.

His son would have a larger impact than Nelson Mandela, than Gandhi, than Buddha, he insisted. "He has a larger forum than any of them," he said. "I don't know yet exactly what form this will take. But he is the Chosen One."

In fact many  early bloomers have abusive narcissistic parents who make their child’s success all about them - Sridevi, the legendary Indian actress, Jayalalitha, actress and former Chief Minister of Tamil Nadu, they both were sexualised early and get into acting by their narcissistic mothers, which came at a huge cost to their personal well-being.

On the other hand, real, long standing legacy-leaving versions of achievement come from early attachment experiences that were “pulley” as opposed to “pushy”, a.k.a. The kind of childhood Roger Federer has seem to have had, where parental approval and love was not conditional on performance and where a child’s developmental needs of existence, belonging, autonomy and will was respected and nurtured.

This shows up in how the two men turned out - one well-rounded, emotionally regulated and the other, well narcissistic, lacking empathy and severely emotionally stunted.

Are you desirous of parenting your children where your love for them is unconditional but don’t know where to start ?

Are you desirous of breaking intergenerational cycles where love and belonging was conditional on performance ?

Being a high achiever sometimes means struggling with perfectionism, not good enough, and compulsive traits like workaholism or stress productivity/stress cleaning - trauma responses richly rewarded by the system in the short term. In the longer term though it comes at a huge cost to the body - affecting sleep, gut functioning and affecting auto immune conditions and affecting our ability feel secure in romantic partnerships, and in parenting and bonding with our children.

I have helped many high achievers break intergenerational toxic patterns and redefine success and find authenticity. No amount of journaling, meditation, coaching or mindfulness is going to get to the roots of how your early attachment is playing a part in your everyday adult life, in implicit ways. I am a somatic experiencing practitioner who works with early attachment and all the ways in which it affects our relationship with power and authority as adults.

If this resonates, book a call here : https://www.sangparth.com/15min-call 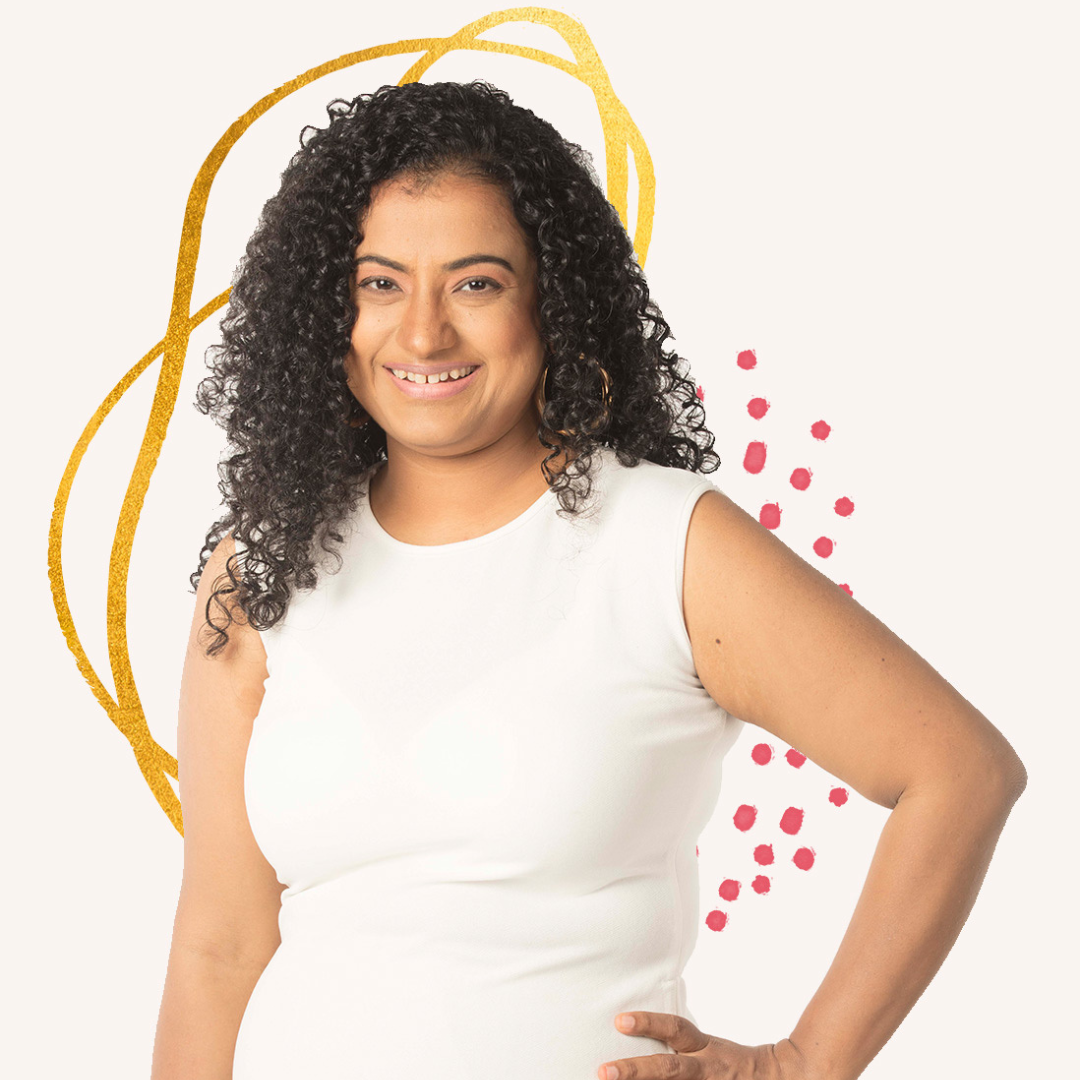 Our Areas Of Focus 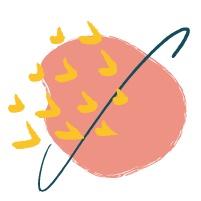 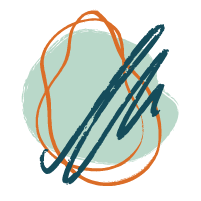 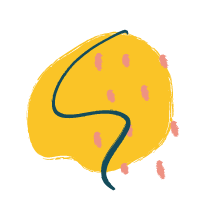 CLARIFY WHAT YOU REALLY WANT

FORGE YOUR OWN PATH & GET WHAT YOU WANT

Collection of heartwarming stories for you deep feelers

Non-dumbed down, practical neuroscience content for you deep thinkers

Exclusive access, first dibs,and discounts to courses and events for you action takers

Infrequent emails - because no one likes a full inbox